Off-topic posts of interest to the World of Warcraft community.
Post Reply
11 posts • Page 1 of 1

I finally got over my lazyness and re-installed Photoshop CS3 and out of boredom made some sigs.
They are not as nice as I hoped them to be but maybe someone will like them and maybe use them.
The pack will have all the .psd images so you can edit them with your info.
Hope you will like them.

Here is a preview:

Quite nice.
I personally think that some backgrounds are too plain (hunter, rogue, paladin) compared to others and the fact that people can practically have the same signature as the person playing the same class to be a total lack of personalisation.
Also, some borders you put on don't fit the image you put in the signature.

Hope you don't take this too harshly. I would consider it as constructive criticism.

Why put there Gearscore ? lol gearscore and realm, useless those 2. But nice looking
Sometimes life seems so unfortunate, that's why I don't give a shit.
The poor stay poor, the rich get richer, it's just so disproportionate.
You don't know just what I've gone through, that's why I would rather show you
just how far that I can take it, every rule, I'm breaking it...

Oh snap, those are really nice ^^
Fenris - the ultimate tank

The angels sang out... in an immaculate chorus
And down from the heavens... descended Chuck Norris
Top

im idiot to ps so can you make a warlock one with destro background too? (and without the texts

so i can edit it in Paint

Here you go.
Since I already merged all the layers of the signature i had to recopy a few parts and paste them over your destro background so some edges might look slightly weird cause I made it fast.

omg, thx. you are cool

Rehan where did u found those images on the left side of your bars?
Characters:Kisszek- Tauren Shamy
Rakuuhwa- Tauren Druid
Birdofhermes -Gnome Death Knight

Liberty...there is already a Priest one o.O

Kisszek I'm sorry, I don't remember where I got those from, and I deleted them, like a fool.
And no, their not in my Recycle Bin, already checked.
Top

Go to WoW wiki --> Enter class in search --> Scroll down 'New class Icon' Ta-daaaa~ the things you're looking for. 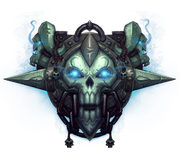 Users browsing this forum: No registered users and 125 guests